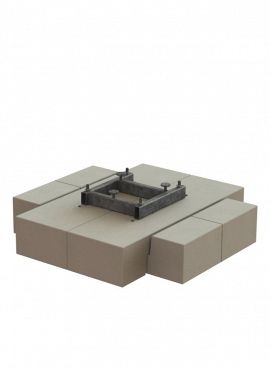 The following standard towers can be used with the foundation:

The foundation consists of four concrete blocks as well as two steel frames that gather the foundation and form the base for the tower.

When dimensioning, it is assumed that the soil under the foundation is not inferior to 100kN / m2.

Highest groundwater level should be lower than the bottom of the foundation.

The foundation can be placed on level areas such as parking lots, construction sites and the like. On grasslands, it is recommended to clear the surface and lay a 10 cm sustainable sand layer. In the sand layer, a depression is made in the middle. This makes room for the collecting frame and secures the foundation against being able to tilt. Alternatively, drive plates are laid and the foundation is bricked up with formwork boards along the outer edges. Road plates are also suitable for protecting the pavement in parking lots and the like.

After preparing the substrate, the lower steel frame is placed, after which the concrete blocks are placed two by two. These are lifted in two included lifting brackets. Top steel frame and leveled horizontally by placing thin plate clips between the frame and the concrete surface before torque tightening of 1500 Nm.

The foundation can be lifted into place with a forklift or lifting straps. 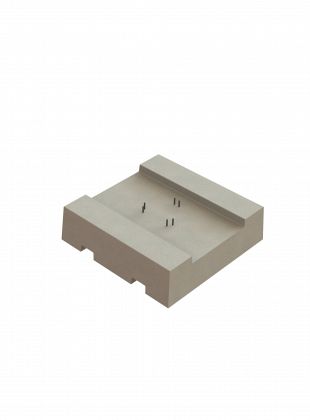 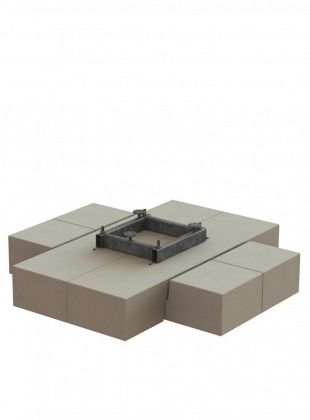 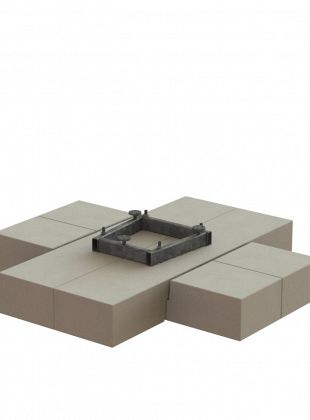 You must be logged in to use this feature